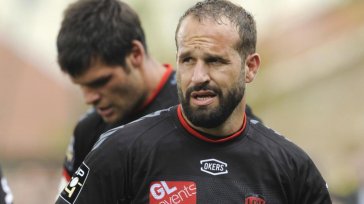 There’s speculation in France about the rugby future of Freddie ‘Call Me Mercurial’ Michalak. So I wrote a little piece for Rugby Pass.

In October 2001, an otherwise routine Top 14 match between Toulouse and Pau was notable for being debut of a young Freddie Michalak. He marked the occasion with a try.

Now, 16 years – and nearly 2,100 points in 314 club appearances and 77 international outings – later, the talk in France is all about whether a player for whom the word ‘mercurial’ could have been invented has one more season in him…