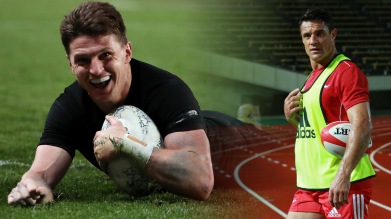 You can’t beat a good rumour, and – with the World Cup in Japan just about a year away, whispers in France about those internationals who could be heading north are getting louder. Here’s my top five French whispers (for now) for Rugby Pass.

No doubt more names will pop up in the months ahead.

Dan Carter was on a reported €1.4million a year during his two-and-a-half season stint with  Racing 92 after the 2015 Rugby World Cup. If reports are accurate, French clubs are prepared to break that record – not to mention the bank – to woo his successor in the All Blacks 10 jersey, Beauden Barrett, to the Top 14 after Japan 2019.