In March 2016, World Cup-winning All Black Piri Weepu was out of work in France. I spoke to him for Rugby Wrap Up as he looked to find his way back to the pro-game via strictly amateur French sixth-tier outfit Saint-Sulpice-sur-Tarn 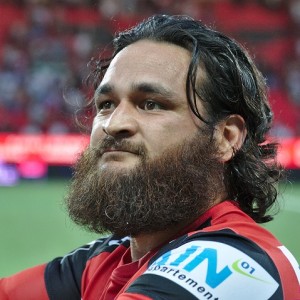 Former All Black Piri Weepu has put professional concerns on the backburner for the moment as he concentrates on finding a way to enjoy his rugby again.

The 32-year-old half-back has yet to make his debut with amateur side Saint-Sulpice-sur-Tarn, who play in the sixth tier of French rugby.

He arrived at the small-town club in February, after a brief but troubled spell at Oyonnax, but he has yet to flick out a trademark pass in anger as his registration remains tied up in frustrating French red tape…