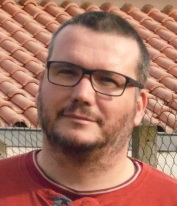 I’ve been writing about sport – notably rugby – in France, Europe and internationally for several years.

I  cover the European Champions Cup for UK and Ireland news agency The Press Association, write for The Irish Examiner, and contribute a weekly column on French rugby to The Rugby Paper.

I have popped up on the occasional unsuspecting podcast – and even discussed the state of French rugby on UK and New Zealand radio.

If you are looking for an insight into rugby, whether it’s a column, news piece, op-ed, feature, live blog, podcast interview, or anything else you can think of, feel free to click here and drop me a line.

I’m also an experienced digital and print production journalist, having worked on regional and national newspapers in the UK and Ireland, as well as English-language media in France. I’ve even been known to do commercial writing and social media work, too…